Another hot update from the czechgaytoilets is here. This time we have an older guy joining the club. We saw him a couple of time around but he never caught our eye like he did this night. We guess they were right when they said that men get better with age. We had half of the pub filled with younger guys, but we couldn’t stop staring at this one. He was enjoying a nice evening with some of his co-workers, each time we passed by the table they were talking about their jobs. He was a bit older that our usual guys but he surprised us in the best way possible.

From all the guys that we caught on camera, he is the best one to watch. After a hard week at work, the guys deserved some relaxation so they had a few beers. Everyone knows how often you have to go to the bathroom after you drink beer, so he went two or three times. He gave us a lot of footage, each time he went in and were lucky enough to catch him with all the three cameras. The one in the toilet bowl was the most useful one, but we got some good shots from the one above the stall and from the one in the wall too. Make sure you check him out peeing in the scene below and don’t forget to get back for more hot updates! 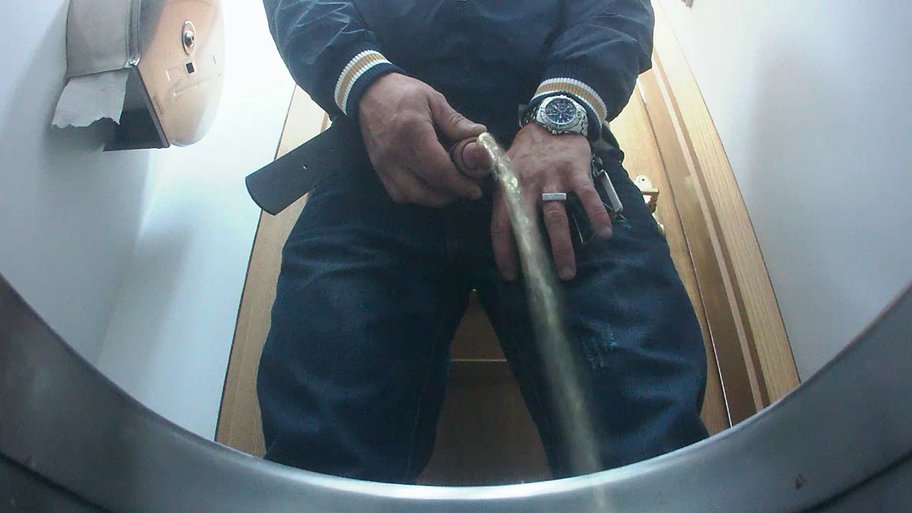 Watch here this older guy peeing in a public bathroom!