We got another hot guy getting caught by our hidden cameras while peeing. We noticed him since we saw him walking in the pub joined by some of his friends. The guys were in a very good mood, they were in to see the game and of course had a lot to drink. After so many drinks we couldn’t wait to see him go to the bathroom. The czechgaytoilets cameras were rolling ready to see more action. The bar was filled with guys because of the game so he had to wait a bit in line until one of the stalls freed up.

When it finally was his turn he took his time, which worked out perfectly for us because we got all the time to record him peeing. Like most of the guys he looked straight in the hidden camera and didn’t say it. He took them one by one, he first looked in the toilet bowl one, then at the one in the wall in front of him and he even looked at the one in the ceiling. This guy didn’t have even the slightest idea that all three cameras were filming him in action. We got some really good footage with him peeing and of course, you’ll get to see his dick too. He didn’t disappoint us and we’re sure that you guys are going to like him too as much as we did. See you next time with more hidden camera footage! 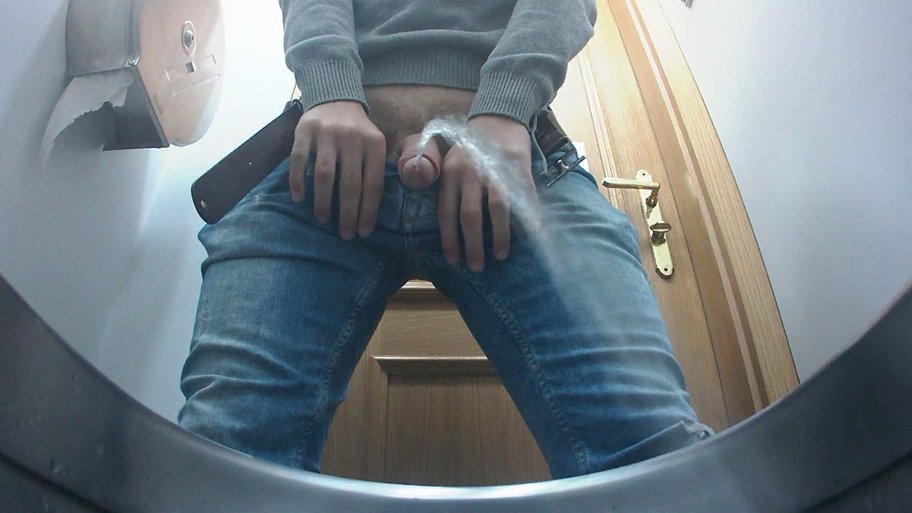 Enjoy watching this guy peeing in a public bathroom!